Once spring is finally here, the last thing you want to deal with is a busted sprinkler system. Sadly, homeowners realize all too late that the secret to avoiding this problem is a sprinkler blowout and system winterization. It’s an essential step for those who reside in Burlington County, NJ and are familiar with how frigid the weather can get. Sprinklers that aren’t winterized lead to more trouble in the long run.

Frozen water in the pipes

Sprinkler failure is the biggest consequence of neglecting winterization. Water has to be removed from the pipes either through the drain valve or with an air compressor. Otherwise, water trapped in the pipes will freeze during the winter. Water expands in its solid state and will crack the pipes if there’s too much ice.

Pipes that have sprung a leak aren’t capable of delivering sufficient water supply to your lawn. Without sprinkler system winterization, homeowners will be taken aback by how much their sprinklers deteriorated during the cold months. Needless to say, it won’t take long to discover a busted sprinkler system once the weather warms up.

Water can also freeze in places other than the pipes, such as the backflow valve and sprinkler heads. You’ll notice a busted valve right away when you attempt to turn on the water for the first time once winter passes. Even if the rest of your sprinkler system is working just fine, you may not be able to get it running if ice caused a backflow malfunction.

Broken sprinkler heads are a serious concern because they’re difficult to fix. This issue is a dead giveaway that ice has damaged your sprinkler system. You’ll be able to tell when the sprinkler heads fail to evenly distribute water across the lawn, or worse, not at all.

Broken sprinkler systems are not only a pain to deal with, but result in costly repairs. In fact, some parts cannot be fixed and require an irrigation specialist to install an entirely new system. Too many homeowners in Burlington County, NJ don’t realize the importance of getting a sprinkler blowout until the damage is already done.

How to prevent further damage

If you neglect sprinkler system winterization, there’s no guarantee all the parts will function properly come spring. The only way to keep your sprinklers in top shape is by preparing them before frigid temperatures settle in. However, it’s never too late to minimize your risk of damage, even in the middle of winter.

Start by shutting off the water so a sprinkler failure is less likely to occur. Homeowners in Burlington County, NJ shouldn’t leave the water running all year, especially when there’s snow on the ground! It’s also a good idea to loosen the backflow valve so that frozen water doesn’t cause it to burst.

Many homeowners aren’t sure how to winterize their landscaping, and that’s why Star Sprinkler Systems Inc. is here to guide you through the process. We do all the work so you can take pride in your home maintenance without the hassle. Check out our winterizing services and learn more about why it’s important to prepare your sprinklers for the cold months.

5
July 24, 2020 Carol DeF.
"My sprinkling system had been shut down for eight years by personal choice. I decided to open it up and prepared myself for major problems...."
April 2, 2019 Gail Janssen
"Great job and very professional! Did our front yard, arrived by 8 am and done by 2 pm. Asked for an estimate on our backyard!"
October 27, 2018 Dan Stevenson
"Star Sprinkler is a great company. The owner and his wife are awesome people and will definitely take good care of you!"
September 7, 2017 David G
"Very professional company, from the office staff to the workers that came to my house. Glenn and his staff really know what they're doing. I..."
August 30, 2017 James Williams
"We have had a sprinkler system from Star for over 30 years, We have never had an issue with the system, have always had great customer servi..."

Fill out the form below to get more info and learn how we can help you! 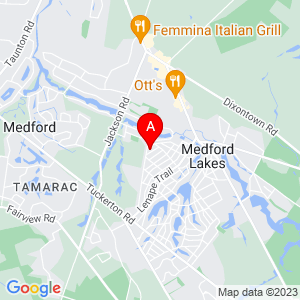